I love the vibe of a good cafe. I’m a sucker for good music, a chill atmosphere and great food. Give me a coffee and a caramel slice, I’m a happy guy.

Talking on a daily podcast likewise lends itself to above-average caffeine consumption. You’ve got to stay perked up somehow!

Whether I’m grabbing a coffee on my way to work, or camping out for hours of studying, cafes are my go-to. Hailing from Toronto, Canada, where the culture of cafes and coffee is primarily focused around transaction, I welcomed the openness of Melbourne’s cafe scene. Toronto has its handful of authentic and reputable cafes hidden around the downtown core, however Melbourne has far exceeded my expectations.

I had no idea just how different the two countries treated their appreciation for coffee. In Vancouver International Airport on my way to Melbourne, I found myself chatting with an Aussie from Geelong. We sat in a Starbucks, waiting for our delayed flight. I was alarmed when I had to explain to her what Tall, Grande and Venti meant as we ordered. I was doubly confused when she asked the difference between ‘True North’ blend and ‘Sumatra.’ I thought this was common knowledge. Surely coffee isn’t that hard to understand?

Coffee is coffee isn’t it?

Apparently not. This sparked an intriguing conversation about coffee in Melbourne. Being new to the country, this was all very intriguing. The local cafe is an integral part of many people’s day to day routines.

Aussie-from-Geelong was throwing around terms like: Long Black, Strong ¾ and Flat White. I had no clue what any of those things meant and was frankly too jet-lagged to look into it further. To a Canadian, coffee is coffee. Is there a need for all these different names? When I woke up in Melbourne the next day, I got what Aussie-from-Geelong was talking about. Working through severe caffeine withdrawal, I needed a fix. FAST!

To a local, watching a Canadian trying to order Aussie coffee for the first time, definitely makes for a good laugh. As a result, I left the ordering up to my mate Josh. A request for one long black went to the barista. Moments later, a steaming cup of coffee came over the counter. God it smelled good. Ripe with the powerful aroma of caffeine.

I couldn’t believe what I was drinking. $4 AUD had changed my life forever. The difference was astounding. Us Canadians are well known for drinking Tim Hortons coffee (which we aptly call Timmies). Even though it tastes like swamp water. We see Starbucks as the boujee coffee. You buy Starbucks for the logo on the cup, not the coffee. We walk around the city, flaunting excellence for purchasing a $4 cup, of what can only be described as gross bean water.

Quite the opposite down under.

Aussie coffee sets a new precedent. In my humble opinion, it redefines the whole notion of good coffee. Regular drip coffee is hard to find, so if you’re a traveling Canadian used to a large Double-Double from Timmies, there’s really no decent alternative. Try something better. Take a Flat White or Latte. Similarly, if you’re prefer an Americano, try a doppio at your Melbourne cafe.

In defense of my homeland, Canada does have a great deal of fantastic roasts. However you’ll struggle to find it at your local cafe. You need to dig in the supermarket aisles. If all else fails, head to the best of the best cafes in the city if you want a quality ‘cup of joe’.  Forget Starbucks and Timmies. They’re a last resort if you’re in a pinch.

If you ever find yourself traveling The Great White North, I recommend checking out the following blends of coffee whenever possible:

As a daily coffee drinker for the last three years, I pride myself in my own caffeine ritual. Before I showering or eating, first thing in the morning, coffee comes first. Always! No ifs ands or buts. Living in such a coffee rich culture, the daily ritual of going to your favourite cafe or whatever’s close by is no longer a habit. It’s a lifestyle. Nothing makes my day more than a friendly greeting at the door combined with a simple: “What can I get for you this morning?” The best feeling come around when you frequent the same cafe so often, they remember your name and order off by heart. All you need to do is show up and hand over the cash. You’re all set. 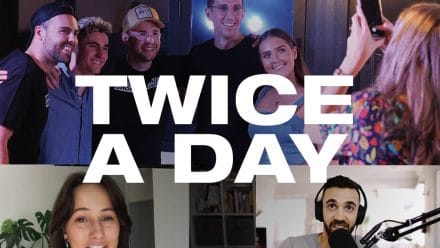 Things are changing! The Daily Talk Show is moving to two episodes a day on weekdays and continuing with Weekend Banter as usual! We’re so... Read More 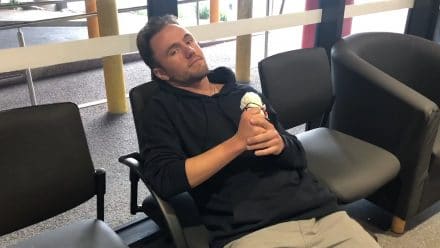 June 14th started like any other Friday.  I slept in as late as possible before heading off to work, wishing for Saturday to come.  In... Read More 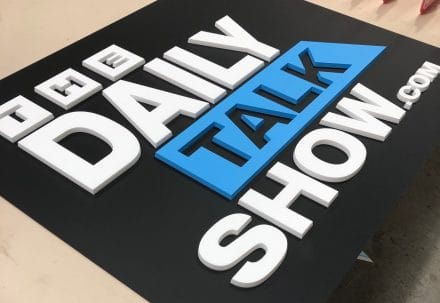 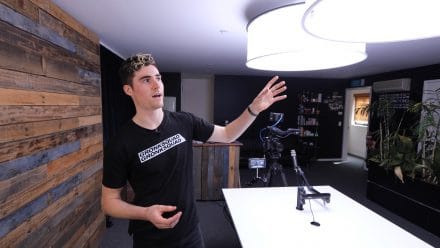